Before placing their feet into the complex concept of Algo trading, people want to know how algo trading works in the first place! Well, it’s a fair question to ask for it makes little or no sense to invest through something you don’t understand.

To talk about basics first, Algo Trading is an advanced and innovative method of trading. It makes use of algorithms as a finite set of instructions that are given to the system to obtain a specific output.

Thus, a set of instructions are given to the computer, in the form of an algorithm, to provide buy and sell signals and to place and execute orders based on these signals.

It is quite an efficient way of trading as it is not affected by the errors caused by humans and it also overcomes the human drawbacks of speed and accuracy. A trader does not have to stay stuck to his screen to wait for a trading opportunity. When the opportunity arises, the algorithm detects it automatically and signals the trader.

This saves the trader from the mundane parts and lets him concentrate only on the important strategy-formation part. 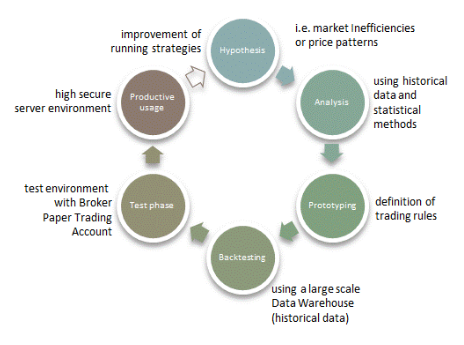 In India, algo trading is quite new, yet it has taken over almost 40% of the trades on the National Stock Exchange (NSE). The large institutional investors, high net worth individuals and some retail investors are taking advantages of algo trading. The future shows a huge promise for algo trading.

It is, therefore, critical to understanding how algo trading works.

Before a trader understands how algo trading works, the first step is to know what is required to begin algo trading.

The entire concept of algo trading works on the trading strategy. The trader needs to define which technical indicators he needs to use for quantitative and technical analysis. A profitable strategy then needs to be formed, backtested and implemented.

Based on the strategy, an algorithm or a series of instructions is to be formed in the computer language. This is where it may get challenging. It is not necessary that all traders have a technical background sound enough to be able to create an algorithm.

In such cases, the function can be outsourced or certain platforms and softwares can be used that create an algorithm themselves, based on the user’s instructions.

This forms a very important part of the algo trading process. The software or the platform must offer means of creating the algorithm, means of technical analysis like charts and other indicators, very high speed and accuracy, low latency and data feeds.

The trader must have a robust infrastructure for algo trading, which includes data feeds, servers, computers, high-speed internet connection and a colocation facility, if possible.

In order to understand the detailed structure of how algo trading works, let us look at the steps of algo trading:

The first step in algo trading is to formulate a winning strategy. This step is similar to traditional methods of trading because they are also based on a successful strategy and its implementation.

The strategy also needs to cover the entry and exit positions, risk management using the stop loss and target profit percentage etc. The strategy formed needs to be tested at the exchange’s testing server by participating in the mock trading sessions at a cost.

Once the strategy is formed, the trader needs to create an algorithm and get it automated.

In India, for a retail investor to enter algo trading and using the algorithms for trading, he must register himself as an Authorised Person by paying a one time cost of ₹3000 per segment per exchange and must clear the NISM Series VIII Certification to operate a dealer terminal. 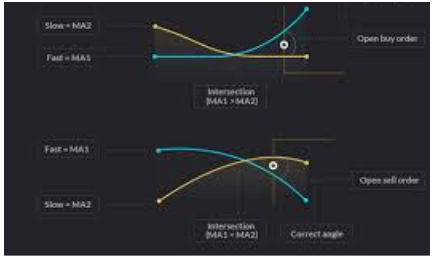 Along with this, the algorithm also needs to be approved by a Chartered Accountant. After this is completed, a demonstration of the strategy and algorithm needs to be given to the exchange and once the approval is obtained, the algo and strategy are good to use.

Building or buying the trading software and feeds:

The next step is to build a trading software or buy the prebuilt ones like Streak, MetaTrader, AmiBroker etc.

The data feeds also need to be bought from a vendor so that the software has a live feed of prices and the algorithm can raise signals based on the feeds.

Once the strategy has been formed, the algorithm has been created and infrastructure has been set up, the hard part is over. Now the trader only needs to respond to the signals generated by the algorithm and execute the orders accordingly.

Thus, it is the process of a one-time set up of the infrastructure for algo trading that may take time and efforts. Other than that, how algo trading works is a simple process and as discussed, algo trading can only be as complicated as its tools. 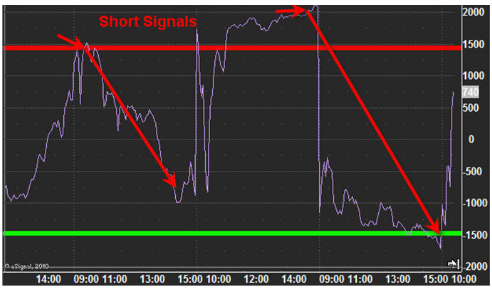 With modern technology and new, simple and advanced tools, algo trading is quite a sophisticated process with a wide scope for earnings and profits.

In case you are looking to get started with Algo Trading with one of the top stockbrokers in India, just fill in some basic details in the form below. A callback will be arranged for you:

In case you want to learn more about how algo trading works and the related concepts, here are a few reference links for you:

Read this review in Hindi here.