Algo Trading Apps can make your complex trading life much easier by taking the toll of detailed fundamental and technical analysis of stocks on themselves.

While using these apps, you need to put in some specific inputs and based on that, the algorithm-driven apps do all the hard work for you.

In this detailed review, we will have a look at 5 such powerful algo trading apps that you must certainly consider if you are a serious trader.

Let us first try to understand the meaning of algo or algorithmic trading.

An algorithm is a way of solving a problem using a specified set of directions. Algo trading is the kind of trading in which decisions to buy or sell securities are made using powerful computers which run complicated mathematical formulas and follow a pattern of instructions for placing trades.

It is also known as quantitative or quant trading.

Traders who use do algorithmic trading use the technology of high-frequency trading in which huge volumes of stocks can be bought and sold automatically. The process happens at a very fast pace and without any human errors.

Since all the trading rules are already established, automated trading helps in maintaining discipline in all the trades even in the most difficult volatile conditions of the market.

With the advent of technology, it has been made possible for traders to do algo trading using their phones or tabs through an algo trading app.

1. Real-Time Data – This is one of the most basic requirements from an algo trading app. Live data feed and quotes should be available at the app. Besides this, getting a real-time company feed should also be available for taking quick decisions.

Company related feed may contain details of fundamentals like earnings per share, P/E ratio and other important ratios.

2. Time Delay in Getting Quotes – A time delay in getting live feed from the stock exchange to the trader going through various levels like vendor’s data centre and processing time of that data at the client’s screen should remain as less as possible.

Even in a span of even 1.5 seconds, actual prices of financial securities can change multiple times.

3. Ability to Customize – Most of the apps have standard inbuilt parameters like a crossover of the 200 days moving average with the 50-day moving average, etc. The app should provide flexibility to traders who want to customise these features according to their own preferences.

Also, a good algo trading app should also provide a trader with the functionality of writing his / her own custom programs. This would give one the freedom to test one’s own concepts and strategies.

Now, let us discuss the features of some of the best algo trading apps in India.

It is one of the best and the most user-friendly algo trading apps in India from the house of Zerodha. The best part about this algo trading app is that in order to do algo trading through it, a trader does not need to know and learn to code which a tedious and time-consuming process.

The first step is to create your own algo. Algos can be created simply by giving the following details into its platform:

All these details should be filled in words and this algo trading app will create an algo for you.

Then, the next step is to backtest the algo a trader has created. One can easily examine the returns generated by his / her algo on historical data and make modifications accordingly.

The final step is the deployment of the algo to see its actual performance.

Some of the other best features are:

Apart from this you can rely on another tool AlgoZ that helps to automate trading in Zerodha.

Angel Broking is the best trading apps in India. Angel Broking for mobiles has ARQ technology integrated with it which is an algorithmic functionality. ARQ is an investment engine which is rules-based in nature. 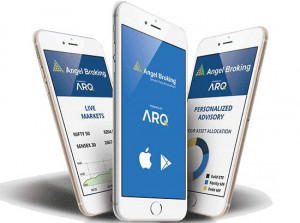 The experience of ARQ is unique and unmatchable for everyone, where one can trade according to the recommendations, got after answering some questions like durations of investment, instruments of investments already used, one’s own principles of investment based on the capital and risk appetite, etc.

ARQ’s performance has been quite impressive and the details can be checked on Angel Broking’s website.

Automation provides the benefit of error-free and emotions free trading to the traders.

Trade Smart Online is a venture of VNS Finance. FOX Trader is their algo trading app, which is one of the highly-rated apps in India. 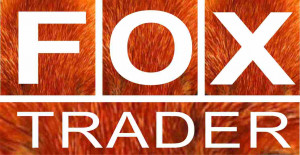 Some of the best features of this app have been mentioned below:

A 15 day free trial of this algo trading app is available for all Trade Smart Online’s customers.

This is an award-winning algo trading app which has received UDAAN award at Jain International Trade Organization. This is an integrated platform for multiple accounts of multiple brokers with built-in AI. 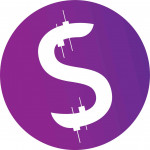 The main features of this algo trading app are as follows:

This is another trusted and highly rated algo trading app (from the house of Reliance smart money or Reliance Securities) which helps an algo trader apply his / her strategies and benefit from the high speed, automated and error-free execution of trades. 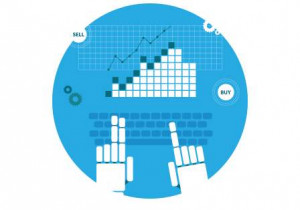 Some of the best features of this app are as follows:

An algo trading app is an opportunity for traders to trade according to their strategies without any error due to judgement and emotions. High-frequency trading can be done with large volumes of multiple securities simultaneously which cannot be done manually.

One should also be clear on one’s own requirements from an algo trading app so that an individual’s expectations could be matched with the features being provided by different apps.

There are many a good algo trading app which should be checked out before finalising on one for a long term use.

Also, while beginning to do algo trading, it is advisable to start with small trade sizes in order to get a hang of the system and the processes.

In case you are looking to use algo-trading apps or start stock market investments in general, let us assist you in taking the next steps ahead: