Top Commodities for Trading are important to be known since Commodities are an important part of everyday life. Be it fuel, grains or precious metals, everyone needs them and buys them. This is why the commodities trading market is quite volatile and very liquid.

The commodities are being bought and sold every day, of course, with different intents.

The end-user simply buys the commodities for personal use, whereas a trader may buy or sell a commodity in the process of making profits due to price fluctuations or to hedge risks. Commodity trading is an age-old process but instead of physical trading now the commodities are traded over the exchanges in a dematerialised form (read more on Dematerialization).

It is an efficient way to diversify one’s portfolio and hedge risks as the commodities market most moves in the opposite direction to the stocks market.

The commodities for trading broadly fall into four categories:

Of the above categories, there are some commodities that are considered to be the top commodities to trade in and are measured by the volumes traded, liquidity, use of the commodity over the world determining the supply and demand effect and overall price movements in the worldwide economic market scenario.

The 7 top commodities for trading on this basis are: 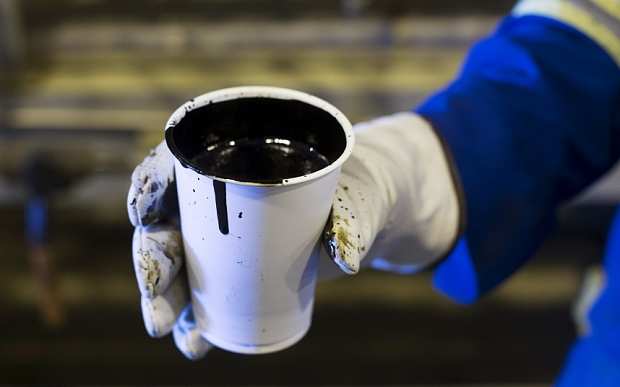 Crude oil is one of the top commodities to trade-in. It is an unrefined petroleum product made up of hydrocarbon deposits and other organic matter that can be refined to produce usable products like gasoline, diesel and other petrochemicals. It is a commodity that largely reacts to the law of supply and demand.

The demand for crude oil is ever increasing as it is used for making gasoline and other useful products like cosmetics, fertilisers, plastics and medicines. Crude oil also gets affected by political situations in the Middle East as it is one of the biggest manufactures or supplier.

The highest consumers are China and India.

For these reasons, crude oil is a very active market and is affected by a wide array of world news. Due to the extensive price movements directed by varied factors, crude oil provides many opportunities for the traders to take part in it and make profits. The market is also affected by the seasons!

The demand for crude oil goes higher in summers due to the active driving season and goes up in winters due to the use of heating oil. Crude oil is mostly traded in the form of Light Sweet Crude Oil on New York Mercantile Exchange and as Brent Crude in London.

The trades are executed with contract sizes in barrels of oil and with futures in all contract months and the price is quoted as US dollars and cents per barrel.

All these factors definitely assist Crude Oil to be seen as one of the Top Commodities across the globe. 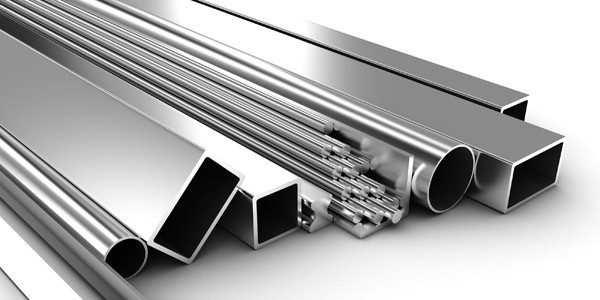 Aluminium is another one of the top commodities for trading.

The reason is that aluminium is a lightweight versatile metal that finds use in numerous industries. It is obtained mostly from bauxite and the biggest producer is China, along with being the biggest consumer as well.

Aluminium is used extensively in the manufacturing industry like aerospace, automobiles, construction, packaging, electronics and appliances and many more.

Due to the versatile nature and extensive usage, aluminium as a commodity gets affected by the demand and supply and offers price movements to make profits on.

As it is used in many industries, aluminium is a good barometer to judge the strength of the entire manufacturing economy, and since manufacturing forms a major part of the GDP of a country and the world, trading in aluminium as a commodity is quite similar to betting on the global GDP growth.

Thus, aluminium becomes an excellent commodity to trade in as it gives a wide scope of price movements to deal with and make profits.

In India, aluminium is traded on MCX and NMCE with a lot size of 5000 kilograms or 5 tons. 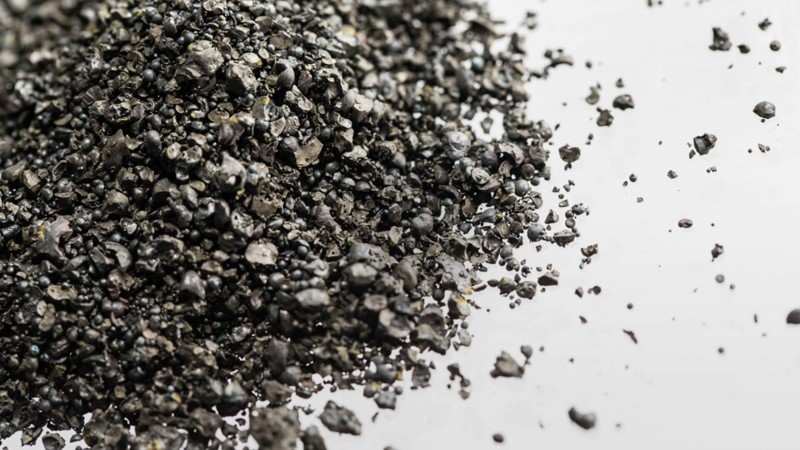 Nickel is a lustrous metal which is strong, ductile and resistant to corrosion. It also has a high melting point and catalytic properties. Because of these factors, nickel becomes one of the widely used metals in the industries of the world, thus becoming one of the top commodities to trade-in.

Nickel has become an integral part of the growing economy as it plays an important part in the electroplating process and in the manufacturing of stainless steel. Because of its worldwide use, nickel is largely affected by the demand and supply and shows significant price movements.

India does not manufacture much of nickel but has a high demand as it finds its use in the development of the country.

Nickel is traded on the Indian exchanges like MCX, NMCE and NCDEX but is mainly controlled at the London Metals Exchange and is traded in a lot size of 250 kilograms. 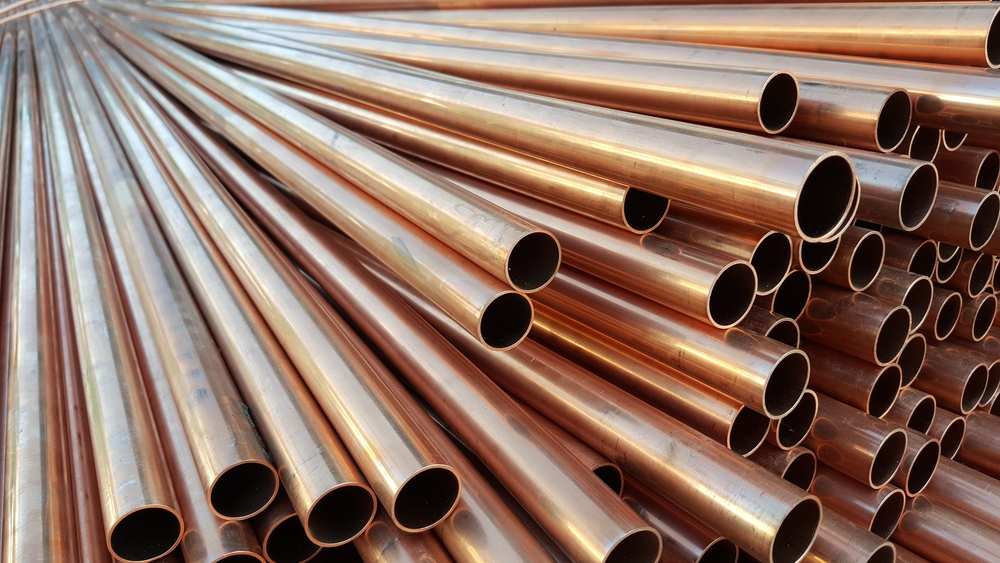 Copper is one of the most widely used metals on earth with its use in industries like electrical wiring, plumbing, industrial machinery, utensils and roofing.

It is a soft malleable metal that is a good conductor of heat and electricity. Due to the versatile properties and wide usage, copper is one of the top commodities for the traders to trade-in.

The price of copper gets affected by the world economy and is an important way to measure the strength of the economy. The prices are affected by demand in the emerging markets for construction and transportation, especially in China, and the disruption in supply due to environmental, political or legal issues.

Mostly copper is traded as a commodity to speculate on the industrial growth of the world and is also risky to deal with due to its close affiliation with the world economy. Copper can be traded as bullions or as derivative instrument contract for difference (CFD).

Natural gas is one of the cleanest fuel in the world and very environment-friendly. This makes it one of the top commodities to trade-in due to worldwide usage. Over the past few decades, the demand for natural gas has drastically gone up as due to its environment-friendly nature, it is recommended by most of the governments to be used in their power industry.

In the future as well, the demand for natural gas is expected to rise because of its uses and lower price compared to oil.

For instance, the government in India also encourages the use of compressed natural gas (CNG) in the automobiles. Because of all the factors combined, natural gas becomes a lucrative commodity to invest in.

The prices of natural gas are linked to the oil prices in Asia which provides an opportunity to trade and the prices are also affected by imports and exports, economic growth, storage levels and seasonal variation. Natural gas is traded in India on the MCX and the lot size is 1250 million British thermal units (mmBtu). 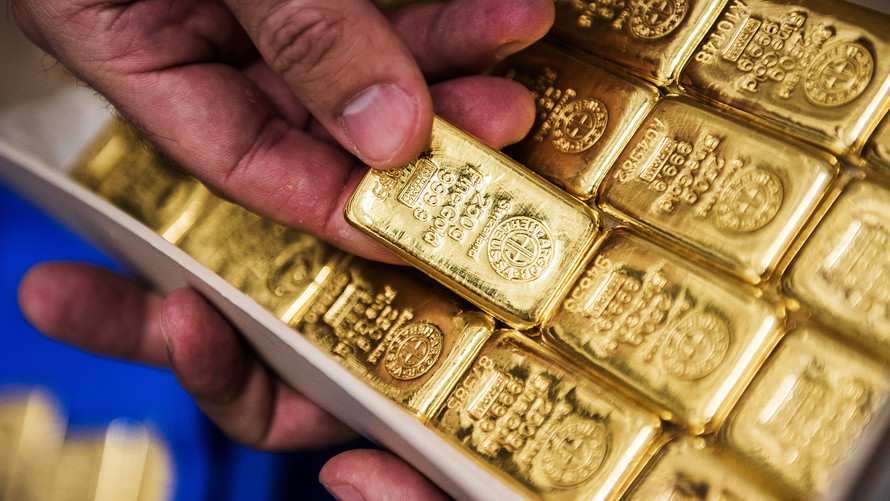 Gold is one of the oldest currencies in the world and for this reason, it has become an important part of the financial world. It is one of the top commodities to trade-in due to its stability and worldwide acceptance.

Gold is a very useful commodity which is majorly used in the form of jewellery and also has other industrial applications like electronics like mobile phones, GPS systems, televisions etc. and also in industries like glass making, medical treatments and dentistry.

The biggest gold producing countries are China, Australia, Canada, Indonesia and the biggest consumer of gold in India, with an annual consumption of about 700 tonnes a year.

Due to these factors, gold becomes an extremely important commodity in India. Because of the worldwide use and consumption of gold and worldwide acceptance as a financial instrument, gold prices are affected by a lot of macroeconomic and political factors.

Gold Commodity Trading is considered a safe haven and protection against any form of economic meltdown. The gold commodity trading market is highly liquid and profitable because of its unique characteristics.

Gold commodity trading in India occurs mostly on the Multi Commodity Exchange (MCX) and in the form of different types of contracts. The most commonly traded and most liquid of the gold contracts is the Big Gold.

The minimum lot size for this contract is 1 kilogram and the profit & loss per tick is ₹100. The other types of contracts are Gold Mini, Gold Guinea and Gold Petal.

Silver is another precious metal which is one of the top commodities to trade. It is not only used in jewellery and for decorative purposes but also in art, industries, technology, science and as an investment. Tonnes of silver is traded on an everyday basis making it a very liquid commodity to trade in and with good price movements to count on.

The price of silver is mainly driven by the industrial demand, government actions and policies, inflation and is also directly related to the price of gold and US dollar. In India, silver is traded on the MCX and there are different types of contracts.

As a bottom line, commodity traders have ample scope of commodities to trade-in. Every commodity has its own unique characteristics in terms of what factors does it get affected by and how much.

On the basis of the unique characteristics and how they gel with the trader’s personal objectives, knowledge about the commodity, risk parameters and trading style determines the type of commodities a trader must trade-in.

In case you are looking to trading commodities or in any other financial segment – just fill in some basic details in the form below.

A callback will be arranged for you:

If you are looking to learn more about Share Market or Commodity Trading, here are a few reference links for you:

You can read this review in Hindi.