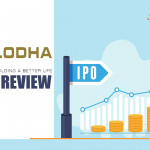 The next upcoming ipo is from the Real estate sector namely Lodha Developers  IPO, which is going to be launched on 7 April 2021. Are you trying to give it a shot? If yes!! Do not worry. Here we are going to discuss Lodha Developers IPO review to provide you with complete and accurate information about this IPO. 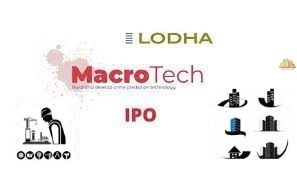 The real estate firm, Lodha Developers (Macrotech Developers) has filed the DRHP with the capital market regulator SEBI to float its 3rd IPO of up to ₹2500 Crore having a face value of ₹10.

With the help of funds raised through Initial Public Offering (IPO), the company is looking ahead to fulfill its following purposes:

Before applying for a Lodha Developers IPO aka Macrotech Developers IPO, you should first take a look at the dates so that you would not miss any process starting right from Issuing of IPO shares to Allotment of shares.

The IPO of Lodha Developers is ready to go public on 7 April 2021, Wednesday as per the market speculations.

The company will make its IPO shares available for subscription for the next 3 days, i.e. on 9 April 2021.

Have a look at the table below for other important IPO dates:

Besides, equity shares of Lodha Developers are to be listed on the BSE and NSE on 22 March 2021.

This IPO comprises of a fresh issue of [●] equity shares worth ₹[●] Cr and offer for sale of up to [●] Equity shares aggregating up to  ₹[●] Cr by the present shareholders and promoters.

According to the data on stock exchanges, Lodha Developers has set the price band for its IPO at ₹ 483-₹486 per equity share.

Tip: You should try to bid at a higher price band, as there are major allotment chances.

The GMP of Lodha Developers is not yet declared.

We will publish the GMP as soon as it is announced by the company.

Next comes the promoters of the company in the Lodha Developers IPO Review.

The promoters of Lodha Developers IPO include:

All of them have 100% of the shareholding in this company.

Besides, this IPO is managed by the global book running lead managers (BRLMs) namely:

How To Apply For Lodha Developers IPO

Let us first see how you can apply through ASBA or Application Supported By Blocked Amount.

For this, you will just need to follow the below steps –

The application process of IPO via UPI (Unified Payments Interface) is very simple like ASBA. Just follow some steps listed below-

In both above methods, either its ASBA or UPI, your bid money will be blocked till the day of allotment of shares. Besides, it will get debited from your bank account when shares will be allotted to you partly or fully.

In case you don’t have a demat account. Refer to the form below and proper guidance will be given to you:

Apart from the method, we discussed above, here is another method that is the Offline method.

In this method, the form is filled up in physical form and submitted along with all your documents (PAN card, Adhar Card and Bank Account Number) to the banker or your designated broker.

So this is all about Lodha Developers IPO Review. Now let us move forward to look at the details of the company.

Here is what you need to know when you will invest in Lodha Developers IPO.

Lodha Developers has been in the real estate business over the last 35 years and is operated by Abhishek M. Lodha (Managing Director and Chief Executive Officer).

It focuses on providing affordable and mid-income housing to their customers and currently developing affordable residential projects in the suburbs of Mumbai and Pune.

Besides, as of December 31, 2020, this company had completed 91 accomplished projects across India of around 77.22 million square feet of which-

Prominent brands of the Lodha Developers engaged in different projects-

Summary of Financial Performance of the Company over the last three years in table and bar graph form. 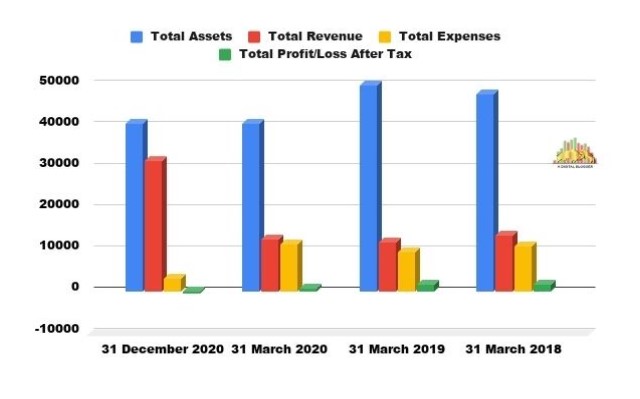 Should You Invest In Lodha Developers IPO?

You can give Lodha Developers IPO a final nod after analyzing the company financials and other details related to the IPO.

So without any delay let us begin!

As some of you might know that this company has earlier brought its IPOs in 2009 (₹2,900 Cr) and then in 2018 (₹5,500 Cr). Both times, the IPOs got approved by SEBI but the company had to put off the IPOs due to unfavorable market conditions.

It shows that this will be the first real estate IPO in India and will be coming after a gap of 10 years.

Besides, if you see the IPO objective of this company.

It is aiming to pay off outstanding borrowings & monetize its general corporate purposes. Besides, it also intends to acquire land development rights.

The company has reported sales of ₹50,000 crores over the last 7 years which shows its revenue earning stability.

However, this company could show more business growth as the economy starts to recover gradually.

Besides, some more information on the Lodha Developers IPO is yet to come.

We will update it here, stay connected!

Now let’s discuss the competitive strengths and risks of the company. 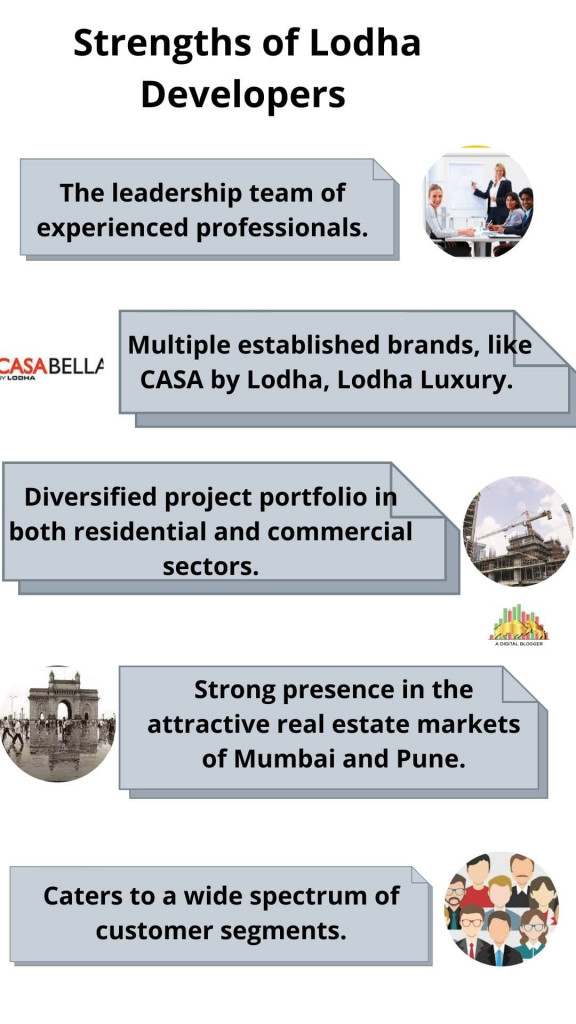 Next in the concept of Lodha Developers IPO Review comes to some risks related to this IPO which we have listed in the infographic below.

Lodha Developers Limited has shown good  financial growth over the financial years. However, there are also several risks related to this investment too and they are shown in the infographic below: 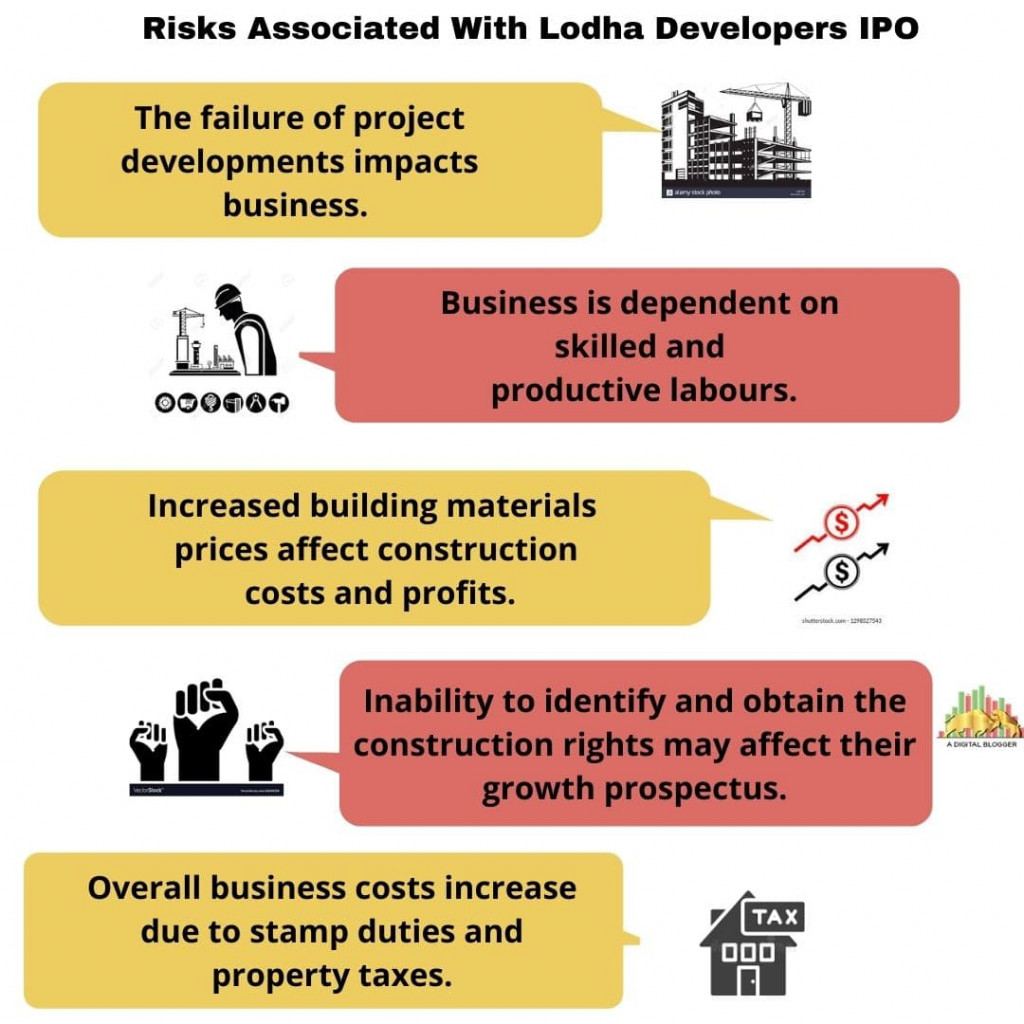 1. When is the Lodha Developers IPO coming?

Ans. The Lodha Developers IPO is coming on 7 April.

Ans. ASBA or Applications supported by blocked amounts is a IPOs payment facility mandated by SEBI in which an amount required to buy the IPO shares automatically get blocked to your bank account and get debited at the allotment day to the extent of shares allotted to you.

For example, you applied for shares worth ₹1 lakh, but only shares worth ₹60,000 alloted to you, then only ₹60,000 will be debited from your bank account.

The benefit of this method is that you do not have to pay any cash till the allotment is made.

3. When will Lodha Developers IPO be listed?

4. What is the Grey Market Premium of Lodha Developers IPO?

Ans. The GMP of Lodha Developers IPO is [●].

Ans. The information 0f Lodha Developers IPO total subscription is not available at this time.

Ans. It is difficult to say whether Lodha Developers IPO is good or bad as the full information related to this IPO has not been updated.

7. What is Lodha Developers IPO size?

After going through the Lodha Developers IPO Review, you might think of investing in this IPO? Refer to the form below and open a demat account.