Are you an Intraday Trader with 5paisa? If yes, then it is essential for you to know about the 5paisa intraday square off time.

But before leaping straight to the intraday square off time, let’s have a small introduction to the company’s background.

5paisa started offering independent brokerage services in 2017. The firm is registered under NSE, BSE, MCX, and MCX-SX and is also controlled and monitored by SEBI.

Intraday refers to “during the day,” and intraday trading is basically for the securities that are traded within the regular business hours in the market.

It is very important for the traders to have strict attention to the price movements, timings so that the higher return can be earned from the short-term price fluctuations in intraday trading.

The intraday trading procedure where the buy or sell status is initiated on the trading day and then inversed (sell/buy) prior to the market shuts is known as square off in 5paisa.

However the square off literally means the closure of the trading day to clear all open positions. The procedure of closing the presently held position is square off.

To understand the concept in easier way let’s assume an example.

Rohan purchased the share for Rs. 900 and sells it at Rs. 980. Now, the procedure of selling the shares after purchasing is called square off.

In simpler words, finishing the transaction is known as square off, either it is selling after purchasing or vice versa.

In the square off, if the trader purchases the shares from 5paisa and then wants to close the buy position, then there will be two probabilities that can be faced by the trader, and those probabilities are as follows:

If the trader doesn’t want to carry the position by tomorrow, he will be required to square off his position.

In case the same is not done, 5paisa automatically square off the positions of the trader.

Now, let’s start discussing the 5paisa intraday square off time in the underneath segments.

How to Square Off Cover Order in 5paisa?

To understand how to square off cover order in 5paisa, firstly, let’s know what is cover order.

The cover order is a two-legged order type where the stop loss is kept with the initial order, which is compulsory.

In this, the buy or sell order can be a market order or limit order that is followed by the stop-loss order(compulsory) in a specific range, and it can not get cancelled.

The cover orders are not enabled on BSE stocks, currency options, and stock options.

The cover order can be squared off from the trading platforms of 5paisa. But how?

The square off time in 5paisa is 3:20 pm, after which the order gets auto squared off.

The default time is usually set by the companies at and after which the trader can not be allowed to modify the order, and it is known as auto square off.

Every position including cash and derivatives in the intraday is squared off at 3:20 pm sharp includes cover order, bracket order, and stop-loss orders.

The risk management team of 5paisa removes the pending order at first after which it squares off all the Intraday orders.

If the customers want to check their square off orders, they can check them on the mobile app and trade station web.

The market closes at 5:00 pm and for the agricultural commodities other than those that are open till evening, the intraday square off is at 4:30 pm.

In the case of agri commodities where the market remains open for trading till evening and the market closes at 9:00 pm or 9:30 pm, the intraday square off is at 8:30 pm or 9:00 pm respectively(in the case of sun outage).

In case the trader forgets to buy or sell the stock, the broker automatically executes the trade for which there is some specific cost that is to be paid.

At the discretion of the RMS desk of 5paisa, those positions can be squared off if doesn’t have sufficient funds.

To lower the margin shortfall, the positions will be squared off by the risk team.

Once the MTM Loss touches 80% of the available net worth, the positions, either intraday or delivery should be squared off.

Since 2017, 5paisa has grown so much, from being an IIFL Securities affiliate to an autonomous stockbroker. The company is NSE, BSE, MCX, and MCX-SX listed and also regulated by SEBI.

Intraday means “during the day,” and intraday trading is primarily for shares exchanged on the market during regular business hours.

The traders need to be strictly aware of market fluctuations and stock market timings such that higher returns are achieved by the variation in intraday price in the short term.

The Intraday Trading process, which starts on trading days when the status of purchase or sale is reversed (sale and purchase) before market closures, is known as 5paisa quarters.

The only way to trade effectively and efficiently is to explore, identify and understand the concept before starting trading!

Wish to open a Demat Account? Refer to the form below 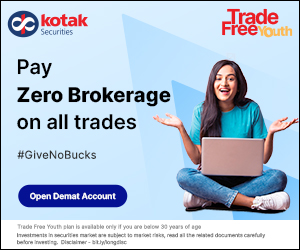 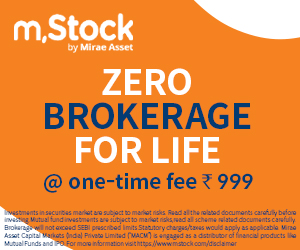